This is a SimCity tycoon game on android devices.

2.6.0
COPPA compliant
Video bug fixed
2.5.1
Stability improvements and bugfixes
2.5.0
Now only uses the bare minimum of permissions
2.3.2 & 2.3.3
* Leaderboards! Compete with player around the globe and in your country 🙂
* Earn more gold! Every video watched rewards you with 1 gold. Watch as many videos as you want!
* Minor bugfixes
2.2.15
* Added 7 new buildings!
* New app icon

If you liked City Island and other early simulation tycoon games, you will definitely love this new citybuilder game! Install the game, join the fun now – it’s free!

In City Island 2 you will build houses for your citizens, decorations and community buildings to make them happy, arrange transport via a trainstation and trains, and create jobs so you can earn money and gold from your happy citizens. People in your own city will provide quests and feedback on how well you are doing! Furthermore, you can decorate your city by placing walking paths, rivers, railroads with trains, parks and hundreds more fun and beautifully designed items. If you like playing free-to-play citygames, building a virtual city on City Island 2 is your best choice!

City Island 2 – Building Story is the sequel of the popular City Island game -also by Sparkling Society- which has been downloaded approximately 10 million times. In this game, you will create your own story by developing your tiny village into a large city, with a trainstation and transport for your citizens.

Discover a life in a virtual world full of quests where you have the power to build a business empire with a choice of 150+ unique items on your paradise island. It is all about balance and being creative in this city sim game. You have all the power in this epic story: have hours of free fun on this fabulous exotic island!

** FEATURES **
– Fun FREE to play tycoon game
– Tablet support
– HIGH QUALITY graphics
– Intuitive gameplay with challenging tasks, rewards and achievements
– Enjoy fun quests to help you create your own virtual paradise in this free-to-play citygame!
– Build and decorate a beautiful island with more than 150 unique items, be creative!
– Currencies: gold and cash
– Attract citizens with parks, trees, a railway with trains, boats, decorations and community buildings
– Collect profit from your commercial buildings
– Upgrade your city buildings
– Help your citizens build a city on this exotic island story
– Collect XP and level up to unlock a new building for construction
– Collect dozens of REWARDS while playing
– Expand your city to create more room for constructing more buildings, and progress your village to a metropolis with tall buildings
– Speed up construction / upgrade time
– Lots of adventure and quests to unlock
– Expand your city over land and sea
– Many hours of free fun

** PLEASE NOTE! **
City Island 2 is free to play, however some game items can also be purchased for real money. You may control in-app purchases made within this app using the password settings explained in the Google Play help center. 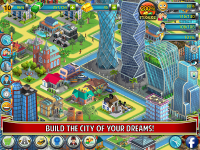 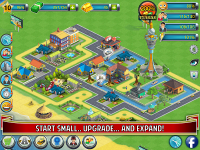 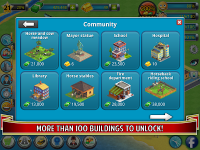 How to Play City Island 2 – Building Story on PC,Laptop,Windows