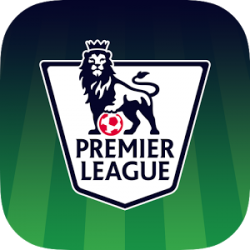 The official app for Fantasy Premier League, the biggest Fantasy Football game in the world with over 3 million players and the chance to win great prizes!
Managers that have already registered a team for Fantasy Premier League 2015/16 need only download the app before signing in to enjoy managing their team using the app. Alternatively, download and register a team via the app.
New features for 2015/16 include viewing the Dream Team, joining Leagues within the app.
FEATURES:
Pick your team
Select your starting XI, nominate your captain and vice-captain, change the order of your substitutes and play your Gameweek Chips (All Out Attack, Triple Captain and Bench Boost)
Latest points
Review your team’s performance each Gameweek via either the pitch or data view and watch the live points update during Barclays Premier League matches.
Transfers
Research and make transfers each Gameweek with helpful filters to narrow your options to valid transfers only.
Player profiles
View player profiles and review each of their points histories throughout the season.
Fixtures
A full breakdown of key points scorers are provided by Gameweek for every one of the 380 Barclays Premier League matches during the season.
Leagues
Keep track of your progress within each of the mini-leagues you’ve joined.
Statistics
Filter players by team and position along with a selection of player stats.
NEW Dream Team
Access the Dream Team through the Statistics screen to view the top eleven players for each Gameweek and the season overall.
The Scout
Both of the weekly Scout articles are now available within the app.
Push notifications
Receive alerts when points have been updated, fixtures have moved Gameweeks, when a Gameweek deadline is approaching and when The Scout is available.
PRIZES:
1st Prize
The overall winner of Fantasy Premier League 2015/16 and his/her guest will be treated to a 7-night break in the United Kingdom and will experience VIP hospitality at TWO Barclays Premier League matches. They will also visit a selection of major British tourist attractions such as the National Football Museum in Manchester, The Beatles Story in Liverpool or spend a day riding the longest zipwire in Europe at Zip World in Snowdonia, Wales.
Transfers to and from the UK and 7 nights’ accommodation is also included in the prize.
Quarterly Prizes
The season will be divided into four quarters: Q1 (GW 1-9), Q2 (GW 10-19), Q3 (GW 20-29) Q4 (GW 30-38). The person that finishes top of each quarterly leaderboard will receive a VIP trip to watch a Barclays Premier League team of their choice with pre-match meal, two nights’ accommodation and transfers included.
Monthly Prizes
The person that finishes top of the monthly leaderboard will be declared Manager of the Month and will receive a tablet device, a Nike Ordem 3 match ball and EA SPORTS FIFA 16 game.
For full terms & conditions and to register a Fantasy Premier League 2015/16 team, please visit http://fantasy.premierleague.com

How to Play Fantasy Premier League 2015/16 on PC,Laptop,Windows