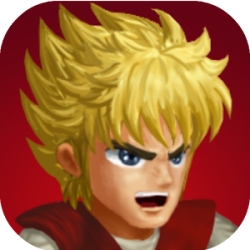 Hero Fighter is a fighting beat \’em up game created and developed by Marti Wong, the creator of Little Fighter, for nearly 7 years.
There are 22 hero characters with tonnes of powerful moves.
Hero Fighter provides 300+ stages in 7 game modes:
– Story Mode: Play with different characters of your choice against enemies and fight to watch their stories unfold.
– Duel Mode: 1 on 1 Match.
– Team VS Mode: Group-vs-group fighting
– Battle Mode: Fight up to 100 men in a battlefield with mercenaries, gold mines, soldier camps and castles.
– Tournament: Defeat your enemies each round as they challenge you one by one.
– Mission Mode: Survive the relentless waves of attacks from the enemy / bosses.
– Training Mode: Receive special cards and earn extra experience points.

How to Play Hero Fighter X on PC,Laptop,Windows