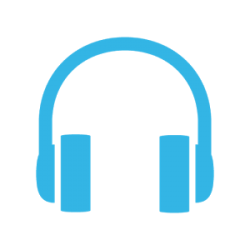 A clean and simple music widget for Android 4.4 KitKat.
Jack\’s Music Widget should work with any music player that displays controls and album art on the lockscreen.
For more font options, upgrade to the Plus version: https://play.google.com/store/apps/details?id=com.jackthakar.musicwidget.plus
Note on Android 5.0: The current version of this app should work fine on Lollipop, but I\’m working on a new version that adds additional features by using the new APIs available on 5.0.
Apps Confirmed to Work (v1.1.2 fixes issues with artist not displaying):
* Google Play Music
* Spotify (currently having issues)
* Pandora
* SoundCloud
* Apollo
* Rdio
* iHeartRadio
* DoubleTwist
* TuneIn Radio
* PowerAmp
* Rhapsody
* MixZing
* InfiniTracks
* Pocket Casts
* Songza
Let me know of any others that work and I\’ll add them to the list.
If you switch between different music players, you don\’t need to switch widgets. Just stop playing music in one app and start in another and the widget should switch.
Starting in 1.1, there are two widgets: one designed for a 4×1 or 4×2 grid and one with full bleed album art (works best when roughly square).
Additionally, there are three themes to choose from (dark, light, and transparent) for the 4×1 widget.
Important:
This widget will not work until you go to Security>Notification access in settings and check \”Jack\’s Music Widget\”
Unfortunately, the APIs that allow this are new in Kit Kat, so I can\’t port it back to earlier versions.
Developers: If you want your music app to work with this widget (and other apps which use the new KitKat RemoteController APIs), make sure that you setup a RemoteControlClient and pass the appropriate metadata (this widget uses album art, song title, and artist name).

How to Play Jack's Music Widget on PC,Laptop,Windows