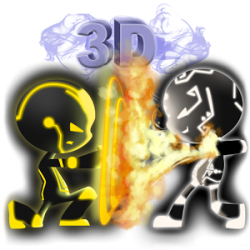 If you like to make real influence on the course of the game\’s events, to take a part in the battles with artificial Intelligence without scripted behaviour, this game exactly what you are looking for.
In the game \”Magic : tournament of sci-fi\” you can choose a team and go with it throughout the all tournament, using various magic spells you can help your team to win tournament.
Your team knows where to go and with whom to fight, your task will be quickly destroy enemies, heal allies and increase their stats.
But it would be too easy if the opposing teams wouldn\’t have the same supporter like you.
We tried to create game different from the others, dynamic and easy to learn.
You will find:
– Team battles.
– Not scripted bots behavior.
– Permanent dynamics throughout the battle.
– Different spells and awards.
– Battle results depends only on you.
Email: jsket.org@gmail.com
Site: http://jsket.com/
Background to the game \”Magic : tournament of sci-fi\”.
Not much time has passed since when robotics has moved to the new level of development.
This brought a lot of fantastic technologies in medicine, aerospace, construction and so on.
The robotics subject started teaching since junior classes.
But the most important thing that happened, is that the old dream which seemed fantastic and unreachable, came true. The dream to carry in your pocket monsters and organize competitions with other owners of the monsters.
And despite the fact that instead of pocket monsters, people had pocket robots, people began to gather their mini robots teams and organize large cyber tournaments.
During tournament, team owner using special equipment could connect to one of his robots and help his team in the battle by using different magic (in scientific: directed energy).
It was a fundamentally new cyber sport type. At that moment, this cyber sport covered almost the entire planet, and no one, didn\’t think what this could turn into the future …

How to Play Magic : tournament of sci-fi on PC,Laptop,Windows