admin 5603 no comments VideoPlayers and Editors 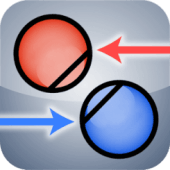 The average rating is 4.35 out of 5 stars on playstore.
If you want to know more about Shot Designer then you may visit Hollywood Camera Work LLC support center for more information

All the apps & games here are for home or personal use only. If any apk download infringes your copyright,
please contact us. Shot Designer is the property and trademark from the developer Hollywood Camera Work LLC.

\”A great App for Directors and DP\’s alike! Lightning fast shot designs. Don\’t be without it on the set.\” — John Badham, Director, Saturday Night Fever, WarGames

WHAT IS SHOT DESIGNER?

• CAMERA DIAGRAM – Shot Designer dramatically speeds up the Director\’s process of making camera diagrams. Create full-blown diagrams in seconds. The software does most of the work.
• ANIMATION – Animate your characters and cameras to move around your diagram in real-time. Previsualize the rhythm of a scene by seeing it play out.
• SHOT LIST – The integrated Shot List is tied into the diagram and writes itself while you work. Edit shots intuitively in the diagram, not in a confusing spreadsheet.
• DIRECTOR\’S VIEWFINDER / STORYBOARDS – Bring in lens-accurate camera angles via the integrated Director\’s Viewfinder or Storyboard Import.
• MAC/PC DESKTOP VERSION – An identical Mac/PC Desktop Version is included with the Pro Version (in-app upgrade).
• SYNC & TEAM SHARING VIA DROPBOX – Sync your scenes across all your devices. Share scene folders with teams. Control who owns which scene. (Pro Feature)

Shot Designer was developed by Per Holmes, the creator of the renowned Hollywood Camera Work training, and has been beta-tested on major TV and Film productions.

Shot Designer is based on the realization that neither Camera Diagrams, Shot Lists, or Storyboards by themselves give you a satisfying understanding of camera-blocking — you have to use them *together*.

Shot Designer is FAST. The app knows how Directing works and automatically does most of the work for you. Cameras rearrange themselves when you move characters. Animate characters and cameras with simple Walk To and Track To commands. Create sophisticated tracking shots with multiple marks. Shot Designer is fast enough that you can rearrange the diagram with actors waiting.

The Free Version of Shot Designer is full-featured except for Save and Export. Your current scene is always saved, and you can be fully productive working on one scene at a time. The Pro Version (in-app upgrade) adds File Management, identical Mac/PC Desktop Version, PDF/JPG/Excel Export, Scene Freeze and more.

* To the user accusing Shot Designer of somehow being spyware, the camera permission is used for the Director\’s Viewfinder. Please view the tutorial.

* Force-close comment: We launched 1.0 two days before your comment and have already resolved these issues. It\’s inevitable some new bugs will be found once you release to the public.

How to Play Shot Designer on PC,Laptop,Windows