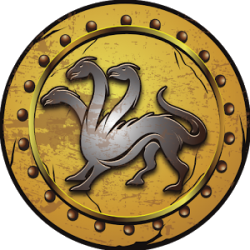 Touch Arcade: 4½ out of 5
\”The Last Warlock is a fantastic bit of medicine for anyone who has grown a little weary of the norm in this genre, and a breath of fresh air even if you haven\’t.\” – Touch Arcade
\”If you\’ve got any love for strategy RPGs, you shouldn\’t let this one pass you by.\” – Touch Arcade
What players are saying about The Last Warlock:
\”It is the rare game that feels totally fresh and engaging.\” – User review
\”Last night I eluded my opponents guards by riding a Pegasus over the moat, then blew the roof off his castle and summoned a zombie inside his castle. Then I staged a frontal assault while the zombie (which had auto-resurrected after being killed by guards) released a bunch of neutral monsters inside his castle to attack his guards from behind. It was the coolest thing I\’ve ever done in a tactical RPG, and I can\’t wait to try the same level with a different strategy.\” – User review
The Last Warlock is a turn based strategy and role-playing game. Command your Warlock across a series of hand-crafted quests, encountering monsters, traps, puzzles and enemy Warlocks!
– Journey through varied magical lands on your quest to discover the secret of the last warlock.
– Featuring over 60 spells.
– Summon mythical creatures to do your bidding.
– Attack your enemies with fire, lightning and magic.
– Craft swords, shields and potions to aid in your quests.
– Use loot from your battles to level up and prepare for the next adventure.
– Customize the appearance of your Warlock and power up with new spells and abilities.
– Replay quests to discover hidden areas or defeat challenging monsters as you gain power.
– True emergent gameplay rarely seen in mobile games.
The Last Warlock features an extensive single player experience and an exciting multiplayer battle mode where you can play hotseat or online asynchronous battles against up to four human or computer controlled Warlocks.
– Features cloud save.
– Leaderboards and achievements.
– Multiple difficulty levels for casual players or expert strategists!
A word about In-App Purchases:
This game features NO timers, NO consumable purchases, and NO pay-to-win!
It does allow players to unlock spells early through additional purchases, but this is purely optional, and the spells get unlocked naturally as quests are completed.
Important note:
We respond to support requests very quickly and also rely on the community to report issues.
If you experience a problem, please email support@sonicsloth.com (ideally by going through the in-game support menu). 99% of problems can be resolved quickly, but we are happy to issue refunds if it can not be fixed. So far, we have not come across a single device problem that has not been resolved within a day.
Leaving 1 star reviews and getting automatic refunds for easily solved problems does not help anyone, so we\’d like to encourage users to report issues first. Thank you for your understanding.

How to Play The Last Warlock on PC,Laptop,Windows