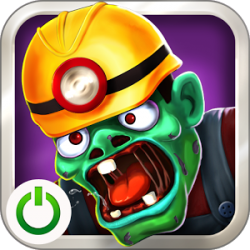 Get ready to lead the Squadron of Zombie Busters, a team of deadly zombie killers who have summoned for fighting the zombie apocalypse on Earth! Each hero has its own unique abilities and powers so as zombies. Plan your strategy well ahead, make the right decision and fight well!
Perfect your skills and unleash stunning Special Attacks so as to destroy Tsunami of zombies. It’s a deadly clash between Zombie Buster Squad against army of evils in the city. Get ready to make a bloody nightmare for the undead units!
Plenty of powers-ups and upgrades are available, upgrade your weapons and abilities, defense of kingdom is now in your hand.
Different challenges such as Defend the buildings, Help the survivor’s allies, locate the objects, destroy the tower and reach to the destination and many more.
——————————————————————
Introducing the Squad:
JANE: Ninja samurai, who slice the zombie hordes with her mighty sword katana. Slash, chop and slaughter your way through hordes of zombies, the master of melee combat.
JOHN: A military-trained cyborg soldier. Is shooting your way of play? Then this ROBO cum Terminator is the answer! Win over the outbreak with the only real shooter.
Dr. DAN: A brilliant yet wacky scientist who’ll go to any lengths to make his invention right using his chemical weapon technologies.
——————————————————————
★★★ Features ★★★
★ 50+ addicting levels with hours of fun!
★ 3 different Heroes with multiple power ups equipped by each hero such as ground cutter, Jetpack, slicer, Grenade launcher and many more.
★ Keep upgrading to unlock the deadliest powerful guns to kill zombie invasion.
★ Explore modern battle via various strong guns and stunning ambience.
★ Earn free coins money to freely upgrade the Heros in each level.
But that’s not all, there’s much more action strategic fun tucked inside – so go ahead, download the addicting “Zombie Busters Squad” today. It’s an action packed strategy game. Game is also favorite for all ages, from those who grew up with classic action arcade games. The fun never dies!
Keep your diary loaded with the targets and finish them one by one. Get ready to fight against hordes of brutal blood thirsty zombies! This is your empire and your empire needs you.
Download today to stem a quick zombie attack on your Android device and reveal the mystery!
Game available in: English, French, Spanish, Russian, German, Chinese and Thai.
If you like our work, please like us on Facebook, to offer you better games.
FOLLOW US at facebook.com/appongames
Also, watch out game trailer on YouTube!

How to Play Zombie busters squad on PC,Laptop,Windows