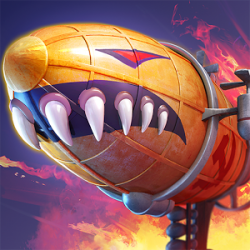 Battle Alert 2 is a 3D based ultimate military strategy game.
The Red army is attacking. Build your base and defense and rise a massive army, crush all enemies from all around the world. All players in the world can join this legendary warfare.
A free to play game that provide an exciting battle commanding experience! You can play with both tower defense and RTS mechanisms, Challenge your strategic vision!
Marines, tanks, terrifying air bombing ships, and other powerful units, lead your army, call missile supports to conquest your enemy and rule the whole world!
= FEATURES =
play with all players from all over the world, raid their bases and loot the spoils.
Join alliance and cooperative with your friend or other players that you will become friends!
Can link to a Facebook account, enable you to share your game process. If you play this game with your friend, you can achieve some unique bonuses!
Command your troops to assault your enemy, the RTS play mechanism provide an exciting warfare.
Base construction and tower defense mechanisms make the game more interesting and strategic.
Important: Require an internet connection.

How to Play Battle Alert 2: 3D Edition on PC,Laptop,Windows