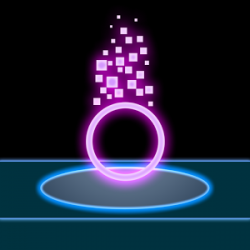 Practice soccer and other sports the way they are meant to be played: sitting on a couch with your friends!
Soccertron is a local multiplayer sports game for up to 4 players with a simple premise: Kick the ball or your friends to win the match!
Play across 5 different game fields resembling some typical ball games: soccer, basketball and volleyball. But beware! There\’s no referee around and everything is allowed, even the most treacherous actions!
The game mechanics are simple and accessible but matches are fast and unexpectedly fun, leading to friendly rivalry across the different game fields. Ideal for parties and \”king of the couch\” sessions!
Game Features:
* Fast and frenetic action for up to 4 players.
* Five different game fields ranging from easy to infuriatingly hard.
* Competitive bots capable of multiple roles: defense, attack and all around. But really, play with friends.
* Online multiplayer planned.
Game Fields
* Soccertron: Futuristic soccer-like game
* Shrinkotron: Reinventing the old-classics, shrink the other player\’s goal to win.
* Basketron: Basketball! With neons! In the future!
* Volleytron: Don\’t let the ball touch your field!
* Pittron: Try not to fall on the pit! Beware of the holes!
* Tournament: The winner of 3 out of 5 matches wins!
Optimized for Intel x86 mobile devices.
NOTE: This game *requires* a gamepad OR a phone/tablet running the \’Soccertron Remote Controller\’ app. You can download it here: https://play.google.com/store/apps/details?id=com.erosagames.soccertronremotecontroller
Game FAQ:
* Can I play solo?
Yes, of course! The game features a competent bot which you can play against. But seriously, play it with friends.
* Is it online multiplayer?
No. Right now it\’s only local multiplayer but I\’m working on adding the online component.
* Will the online mode be cross-platform?
Yes, once the online multiplayer code is added, it\’ll hopefully work across every platform the game can run in.
* I have another question
Write us to hello@soccertrongame.com !

How to Play Soccertron on PC,Laptop,Windows